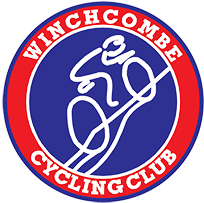 ‘Chedworth is both a favourite and popular ride – be there on time’ proclaims The Captain in his weekly proclamation to rally the troops. Expecting to battle through crowds to get to the library cider press its more like a Paul Daniels appreciation meet. The Tandem duo are joined by three half bikes adorned by Kevin, Tony and another defector from the dark side – the super fit Mike.
In the age of globalism and free thinking it’s encouraging to see the MTB Community expanding their experience. Abandoning the potholes of the Bridleways in preference for the potholes of Gloucestershire Roads.

By invite we chase the half bikes (chase perhaps being an exaggeration of our velocity) up Hills and they chase us down the Hills. The hare-like pace of lean machine Tony Payne is apparent as he draughts in the wake of The Tandem descending to Bourton where we have the pleasure of being overtook by a Tele handler. The driver was screaming abuse at his side window as he passes ‘Whatever did that window do to piss him off that much’ I enquire?

We discuss the New Cups and awards that will be on offer next year and giggle in primary age fashion at the prospect of ‘The Ben and Jerry’s Audax Award’ ‘ proposed by the lovely Lorraine Parker. It will have to be in the shape of the ice-cream tub’ chortles the Captain as we plod through Bourton.

A few more hills and we are at the Sherborne Post Office. We are surrounded by cravats and The Sunday Times – Gentleman in red trousers with bifocals and Ladies in Cashmere scarfs. I suggest to Mike what a long way he had come – only a fortnight ago he would have been hiding in a hawthorn hedge eating a banana or fingering his way through a can of Bargain Buy sardines. He looked contented with his choice and clearly affected by this new experience. We are joined by Terry as we are leaving – he looked great after his recent crash and we are thrilled to see him out again. it’s a shame he damaged his alarm clock also. Terry is definitely a nomination for Gravitas this year and we are sure the Roadies could be cleaning up.
A wonderful pedal home varying the ride taking the Hawling road home and dropping down Salters instead of the Suicideley Hill. A great downhill to finish a very enjoyable morning 39 miles and 3000 plus feet of climbing. Roll in the sunshine!